History of the Venice Carnival Masks 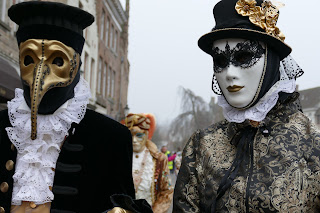 The Venice carnival is a tradition that stretches back centuries. The costumes, events on the 10 days leading up to Fat Tuesday make Venice carnival one of the biggest events in Italy, but it is undoubtedly the masks, it’s a most famous feature that makes the Venice carnival stand apart from Italy’s other famous carnivals that we know and love.

The tradition of the masks began back in the 13th century when Venetian folk would hold celebrations and parties from December 26th all the way over until the start of lent and wear elaborate masks to conceal their identity. These parties were the only time when the lower and upper classes would communicate with one enough. Aristocrats and peasants alike are disguised by the masks and engage in illicit activities together, partying the night away.

These days, costumes and masks are incredibly elaborate, and costumes and masks can cost hundreds or even thousands of pounds! However, early Venetian masks were very simple, and after the Venice carnival was abolished for almost 200 years, served an extremely valuable purpose.  Women weren't allowed to go to the theatre without wearing a face covering.

Venetian masks, therefore, have a longstanding tradition of protecting the wearer’s identity, during the promiscuous or decadent activities. Made for many centuries in Venice, these distinctive masks were formed from materials like paper mache and then decorated with gems, fur and feathers. When the as the emblem of carnival, which is a pageant promoting and celebrating the joys of life.

Unlike most European nations at the time, citizens of Venice by and large enjoyed d a good standard of living, everyone was a part of the economic hub that was the republic, Venice capitalised on its position before its contemporaries had realised the market economy. With a level of concealing of the identity within real-life became paramount to the daily activity.  Part of the secrecy was pragmatic, there were things to do, people to see and you might not want others to know what kind of deals you were cutting. After all, the city is small. The masks served an important social purpose of keeping every citizen on an equal playing field. Masked, a per cent can be mistaken for a man of noble birth or vice versa. With no faces, everyone had voices.

Sexual promiscuity was commonplace and acceptable. Gambling went on throughout the day and the night, reportedly even monks and nuns would partake. While homosexuality was publically condemned, in this time it was embraced by the populace.

The capital city of Rome turned a blind eye, so long as the Venetians continued to make generous donations. The Venetian republic fell into luxury, moral decay and indolence. The wearing of masks was banned in everyday life and limited only to certain months of the year, during the last year of the republic’s existence, this period extended over three months from December 26th after the 1100 however, the masquerade went through periods of being outlawed by the ruling catholic church- especially during holy times of the year. The policy settled as Carnivale being the time between Christmas and Shrove Tuesday free for Venetian mask attired decadence. The period evolved into a ‘carnival’, this means to ‘remove meat’ as a pre-lent celebration. When Venice's cultural relevance faltered during the age of enlightenment, it was officially reintroduced in 1979. It was officially reintroduced in 1979. Nowadays, the masks are enjoyed as a fun thing for occasions all year round.` 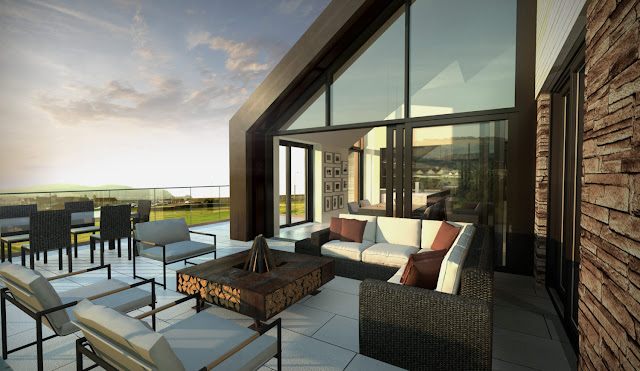 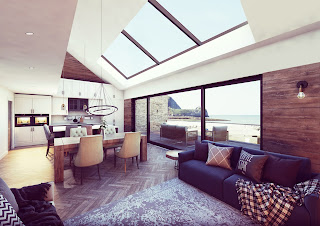 Reasons to Move into an Apartment Instead of a House